Eighty of the best surfers from around the globe converged at the iconic Oceanside Pier for the Paul Mitchell Supergirl Pro— the largest all-women’s surf contest in the world. The three-day contest, the only ASP 6-Star competition in North America, came to a thrilling close on Saturday with Supergirl veteran, Sage Erickson (Ventura, CA) taking the Supergirl cape and the title. Spectators packed the beach for the finals as 12 of the world’s best female surfers took to the waves to battle for a piece of the $40,000 purse. Sage Erickson bested Paige Hareb (New Plymouth, NZ) in the head-to-head finals round to claim the $8,000 top prize.

The California-based surfer started strong in the final and led the bout after the heat’s opening exchange with powerful backhand turns on the lefts running to the pier. Erickson went on to hold the lead for the remainder of the heat despite Hareb’s valiant effort.  The Paul Mitchell Supergirl Pro marks the first major ASP victory of her young career.

“I’m so humbled and excited to come off with a win in the first ASP 6-Star Paul Mitchell Supergirl Pro. They put on such an amazing event. It’s such a great arena to win in and they’re always so supportive,” said Supergirl Pro champ Sage Erickson. “To be able to win this contest back home in California, in front of all of my friends, family and peers is so amazing.” 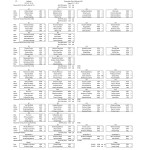